Batalla de Bitcorn is a game built on the excellent Bitcorns game. For this reason, to play Batalla de Bitcorn game, you must have a Bitcorn farm. If you don't have one yet, the quickest way to get started is to buy CROPS tokens directly from the Bitcorns site using a credit card. You'll want to use a Counterparty-aware wallet to hold these CROPS - because hodling them is how you get quarterly harvests of Bitcorn.
The purpose of this game is to use your Bitcorn farm to kick the crap out of other farms. Any questions?
The main obstacle to getting started, once you have a Bitcorn farm, is proving you own the farm. This is required in order to attack. Otherwise just enjoy checking out the leaderboard or reading further.
Requirements to Battle:
To prove you own a Bitcorn farm, choose your farm from the dropdown menu. If it's not listed there, you probably don't meet the arbitrary requirements:
Getting Started - the first step is the hardest. Choose your farm by name, then use your wallet's Sign Message feature by pasting it in and signing it, then copying and pasting back into the form on the homepage. In Counterwallet you can do it by following the steps shown in this video. Here is an image depicting how to sign a message in the Counterwallet. 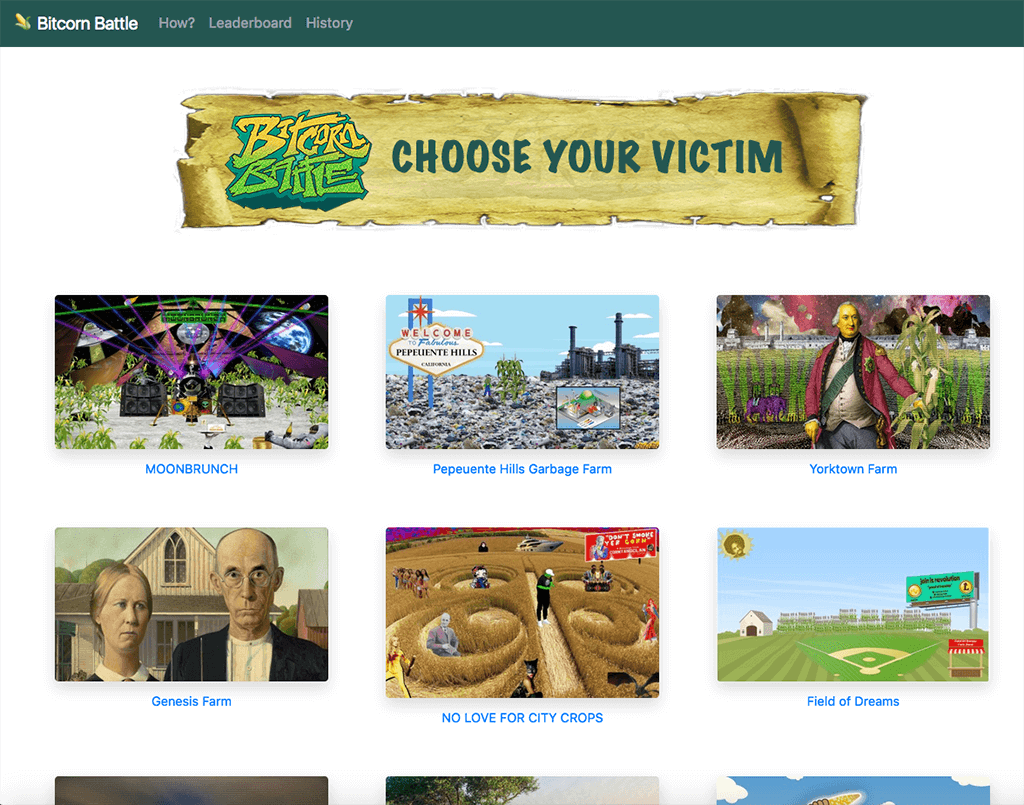 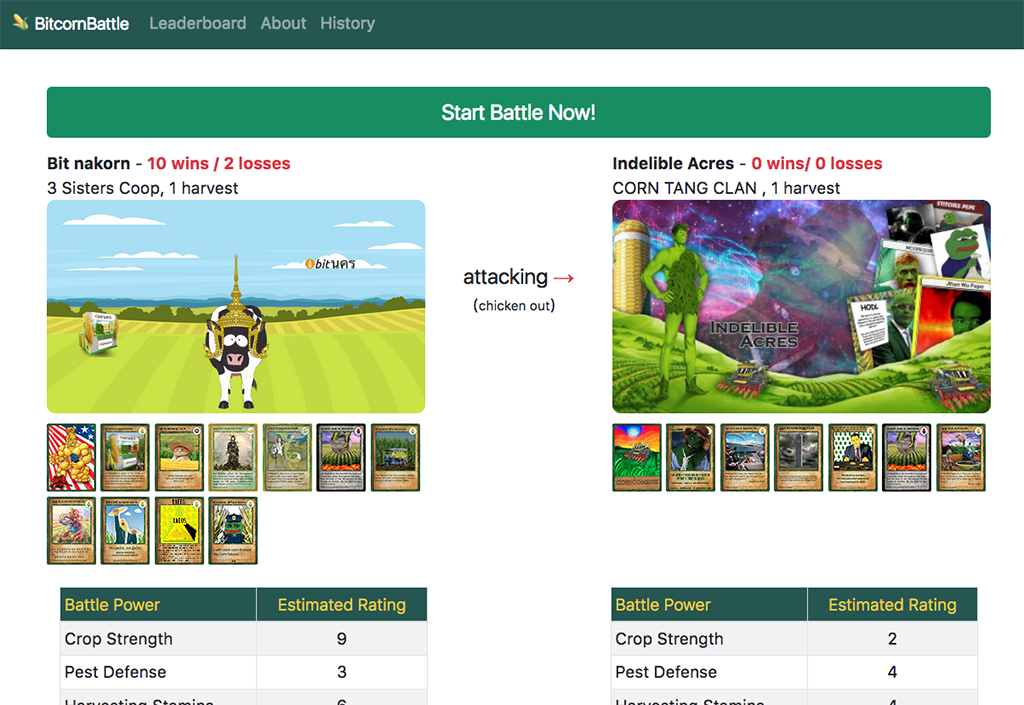 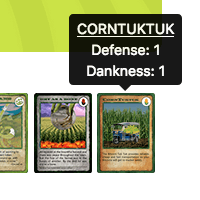 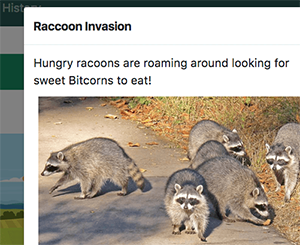 Localization - We built Batalla de Bitcorn to be simple to play in a variety of languages. Currently supported languages are English and Japanese, but more can be easily added. The only thing we need is help translating a few dozen strings of text!